A decision support tool for vectorborne disease in Queensland, Australia

This report describes the Vector-borne disease Early Detection and Surveillance (VEDS) system, a web-based disease monitoring system that currently operates in Queensland, as an early warning system for early detection of increased RRV and BFV activity.

Ross River virus (RRV) and Barmah Forest virus (BFV) infections are the two most prevalent mosquito-borne diseases in Australia. Prevention through vector control and public awareness is important to lessen their burden on public health, as there are no treatments or vaccines currently available. In many geographical areas there are clear relationships between climatic variables and RRV or BFV disease incidence,1–5 creating the potential for climate-based early warning systems. Such systems could be used to guide mosquito control activities. However, early warning system accuracy and adequate intervention is unlikely to entirely counteract increased disease activity. For this reason, early detection of increased RRV and BFV activity is important.

RRV and BFV cases are reported to the National Notifiable Diseases Surveillance System (NNDSS) via Australian state and territory health departments,6 while mosquito control activities are typically the responsibility of local government. However there is currently no routine mechanism for disease data to be transferred from the NNDSS, or the state managed notification databases, to local government. To address this deficiency the Queensland Institute of Medical Research developed the Vector-borne disease Early Detection and Surveillance (VEDS) system, a web-based disease monitoring system that currently operates in Queensland.7

The VEDS System uses de-identified data collected by the Queensland Health Notifiable Conditions System (NOCS); data are extracted weekly and imported into VEDS. Current and historical notification data are categorised by Local Government Area (LGA) of residence, age (5-year groups), gender and week of disease onset. Outbreak alert thresholds are calculated using the 95th percentile of the Poisson distribution centred around the expected number of notifications within each week and LGA.8,9 The main focal point of the software is a plot displaying the current number of notifications compared with the usual number for each LGA. Notifications are colour-coded depending on whether disease levels are categorised as normal or outbreak (Figure 1). To complement the graphical representation, a map displays LGAs currently or recently experiencing outbreaks and allows for the easy identification of geographically widespread disease activity (Figure  2). As the VEDS system is a passive system requiring users to log-on to monitor disease trends, the system includes an option for users to receive an automatic email message when notifications in their nominated LGA exceed the alert threshold. This is a technically simple but effective way of ensuring that users are informed of potentially significant events. 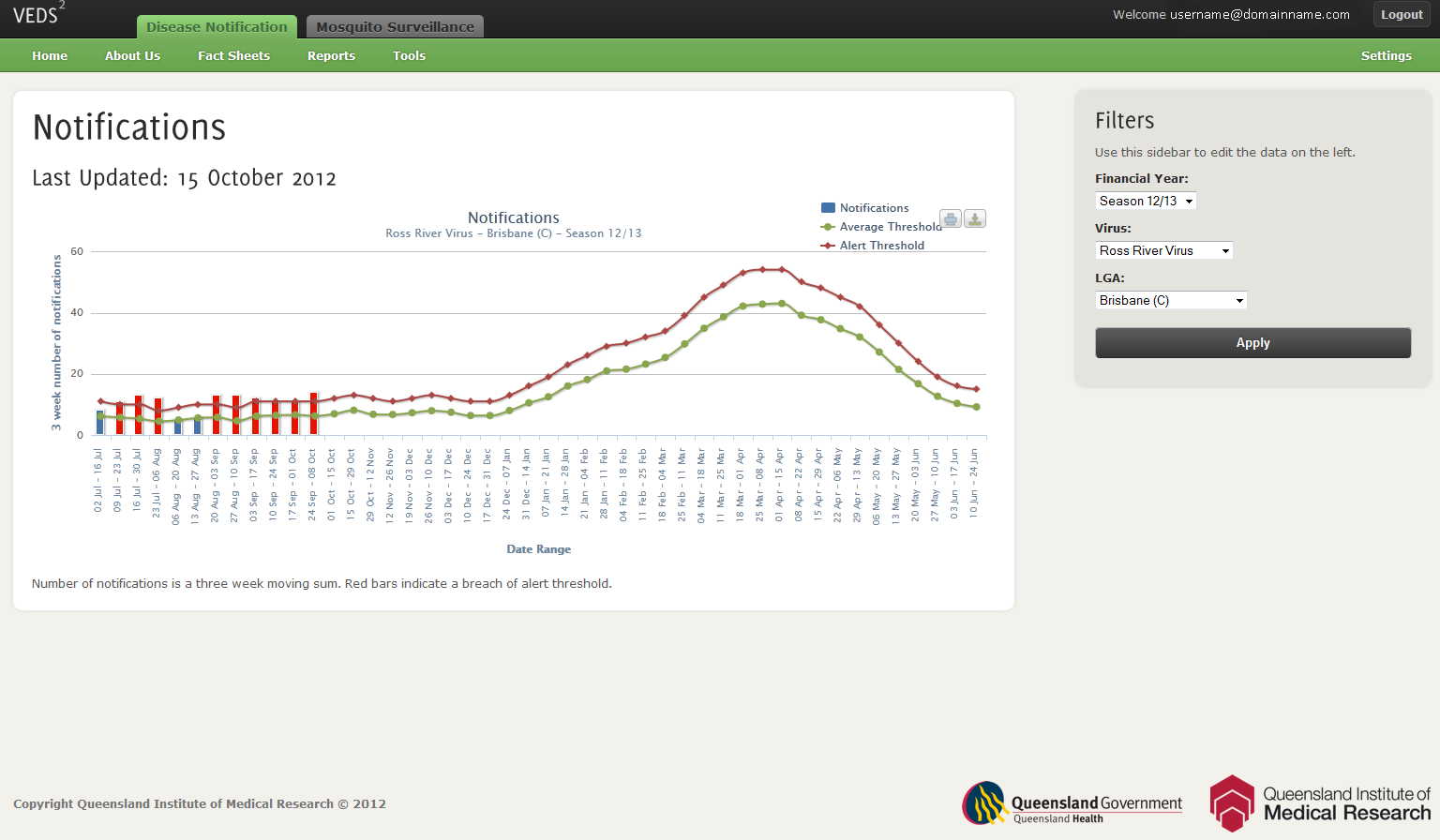 Figure 2: Modified screen capture of Map page of the VEDS2 System highlighting the region with higher than expected RRV notifications

The VEDS System was released to all local governments in Queensland in August 2010. An updated version of the site (VEDS2) was released in April 2012; at that time there were 74 registered users from Queensland Health, Queensland local government and federal health authorities. In October 2012 an online survey of VEDS2 users from local and state government was conducted to gauge patterns of usage and the impact on decision making practices. Although the individual response rate was low (19%), feedback was obtained from approximately half of the organisations registered to use VEDS2. Most respondents indicated that they logged into VEDS2 as part of their normal duties (54%), while a smaller proportion (38%) did so when there was suspected virus activity; when they received an email alert; or when climate conditions seemed favourable to transmission. Twenty-three per cent of survey respondents indicated that they had altered their activities in some way after receiving a VEDS alert. The most frequent action reported was a more concentrated inspection of known breeding sites. State government users indicated that following an alert they often engaged with the relevant local governments about the problem, assisting, when needed, in coordinating additional vector control activities and the release of public health advisories. Those users who had not altered their plans stated that they may if a large significant outbreak event occurred. Thirty-one per cent of the respondents used VEDS in conjunction with other tools such as mosquito surveillance data, climate conditions and larval sampling.

As with all surveillance systems VEDS is limited by the delay between the onset of illness and data availability. A retrospective analysis indicated that 92.3% and 89% of notifications for BFV and RRV infections, respectively, were accessible on VEDS within 2 weeks of illness onset. These rates were consistent across Queensland LGAs and are satisfactory for the target diseases since outbreaks typically develop over several weeks and tend to last for several months.4,7

We believe that the VEDS System improves the utilisation of routinely collected notification data by ensuring that disease specific data are available promptly in a user-friendly format with increased interpretability. This is the crucial link when those who hold the responsibility for vector control are from a different authority to those who record the disease data. Developing a set of decision-support tools including early warning and detection systems, as well as other complementary surveillance data, can assist with curtailing mosquito-borne disease through scheduled vector control, emergency vector control and carefully timed public health warnings and campaigns.