There were 224,434 communicable disease notifications received by NNDSS in 2013 (Table 3).

There was a decrease of 8% compared with the total number of notifications in 2012 (Figure 2). The decrease can largely be attributed to the 2013 influenza season, which commenced later and occurred over a shorter period and was considered a more moderate season when compared with the 2012 season. 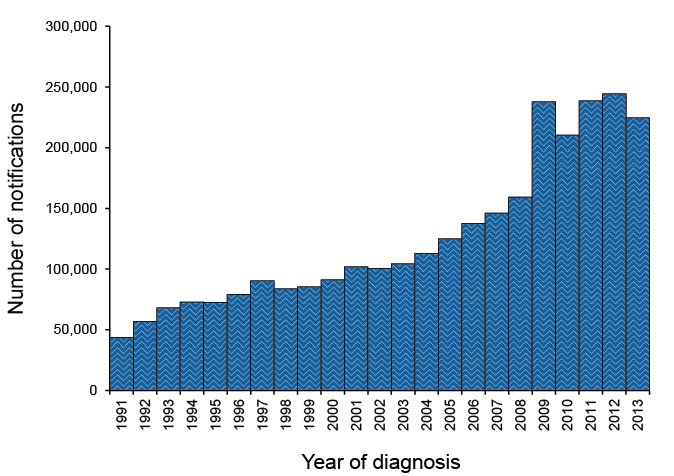 Indigenous status is usually obtained from medical notification and completeness varies by disease and by state and territory. This reflects differences in notification requirements (i.e. depending on the jurisdiction, some diseases are primarily or completely notified by pathology laboratories rather than clinicians) and the fact that it is not possible to follow up all cases for diseases with a large volume of notifications and/or not requiring specific case based public health action.