As shown in the following Table 5-1, selective approaches were the most common approach reported, with 72% of projects identifying this approach.

Many projects adopted multiple approaches, as illustrated in the following Figure 5-2: 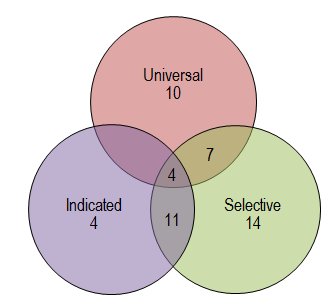